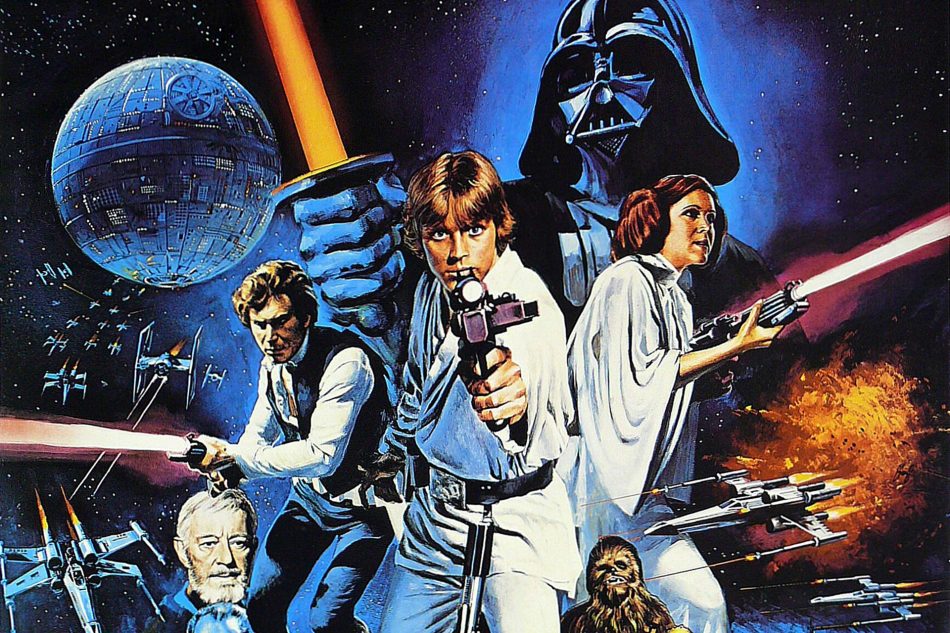 Has the whole world succumbed to Disneyâ€™s Jedi mind trick that Star Wars The Force Awakens will be the answer to all of our problems? Poverty? Hunger? ISIS?

It appears the answer is â€œyesâ€.

We have to admit it does have us feeling nostalgic for the kneeless, elbowless, not-so-action figures of yesteryear. (Boba Fett for President 2016.) It even led to a few Linkedin hijinks on the part of our creative team, who threw their own website into the fandom pantheon.

So letâ€™s take a moment to stroll, nay, fly light-speed down memory lane, with a graphic designer’s homage to the original, hand-drawn Star Wars classicÂ posters.

May The Art Be With You. 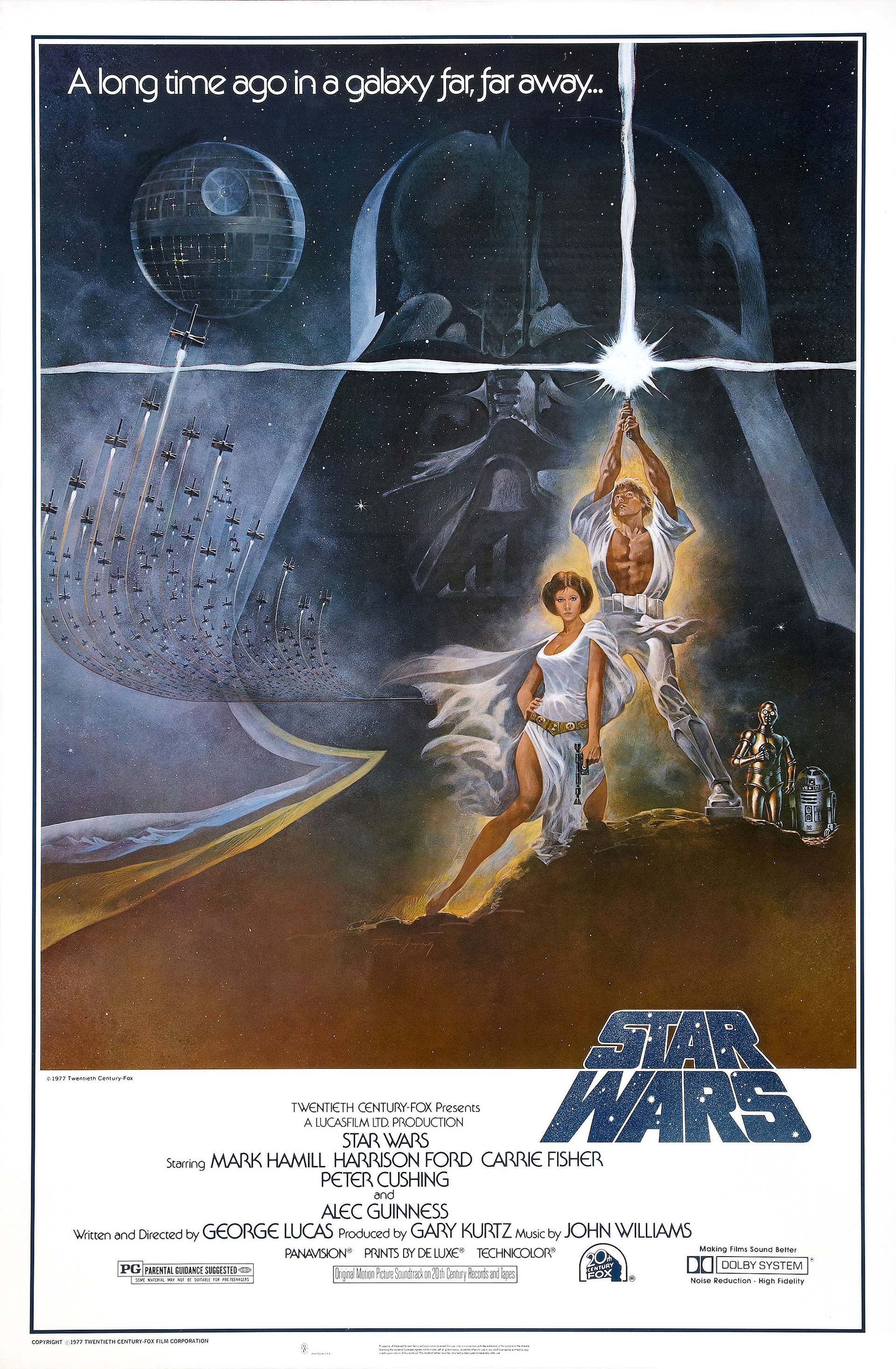 The Tom Jung illustrated â€œStyle Aâ€ original. But donâ€™t forget the client golden rule: He who has the gold makes the rules. Lucasfilm thought this artwork was â€œtoo darkâ€ and at the last minute contracted the Brothers Hildebrandt,Â (twins Greg and Tim, who rose to fame in the late 70â€™s for their Lord of the Rings illustrations),Â to do a second version.

But the Hildebrandt duoÂ had no reference photography of Carrie Fisher and Mark Hamill, so this much more stylized art was born. And the client was satisfied, right?

Says Brother Greg, â€œIncredibly, the first version of it â€” without the droids â€” was created in a feverish, nonstop effort over just 36 hours!Â George LucasÂ asked for the droids to be added and for our signatures to be larger. We made those changes at the ad agency, and off it went!â€

Because the droids were painted onto the original artwork, there is no way to re-photograph the first draft. 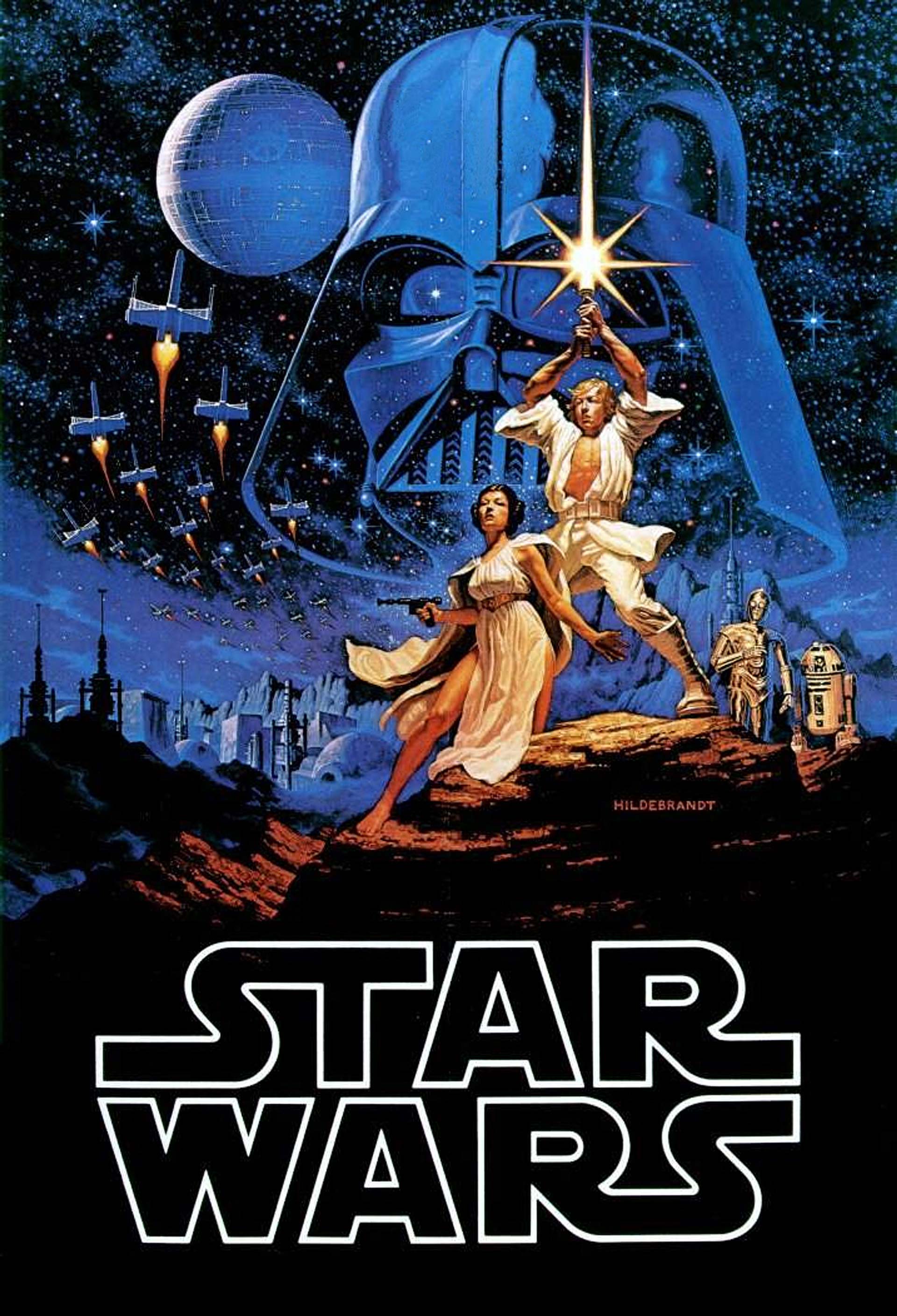 By George! Put Some Droids in There

Thanks for the sprint, brothers, butâ€¦

In the end,Â 20th Century FoxÂ opted to use the earlier â€œdarkâ€ poster art by Tom Jung instead of the Hildebrandt art for the original theatrical one-sheet, which had a more accurate likeness of the two main characters. The Hildebrandt artwork did appear on many earlyÂ Star WarsÂ promo items, a consumer retail poster, and eventually as a U.S. theatrical poster for theÂ Star WarsÂ 15th Anniversary re-release. 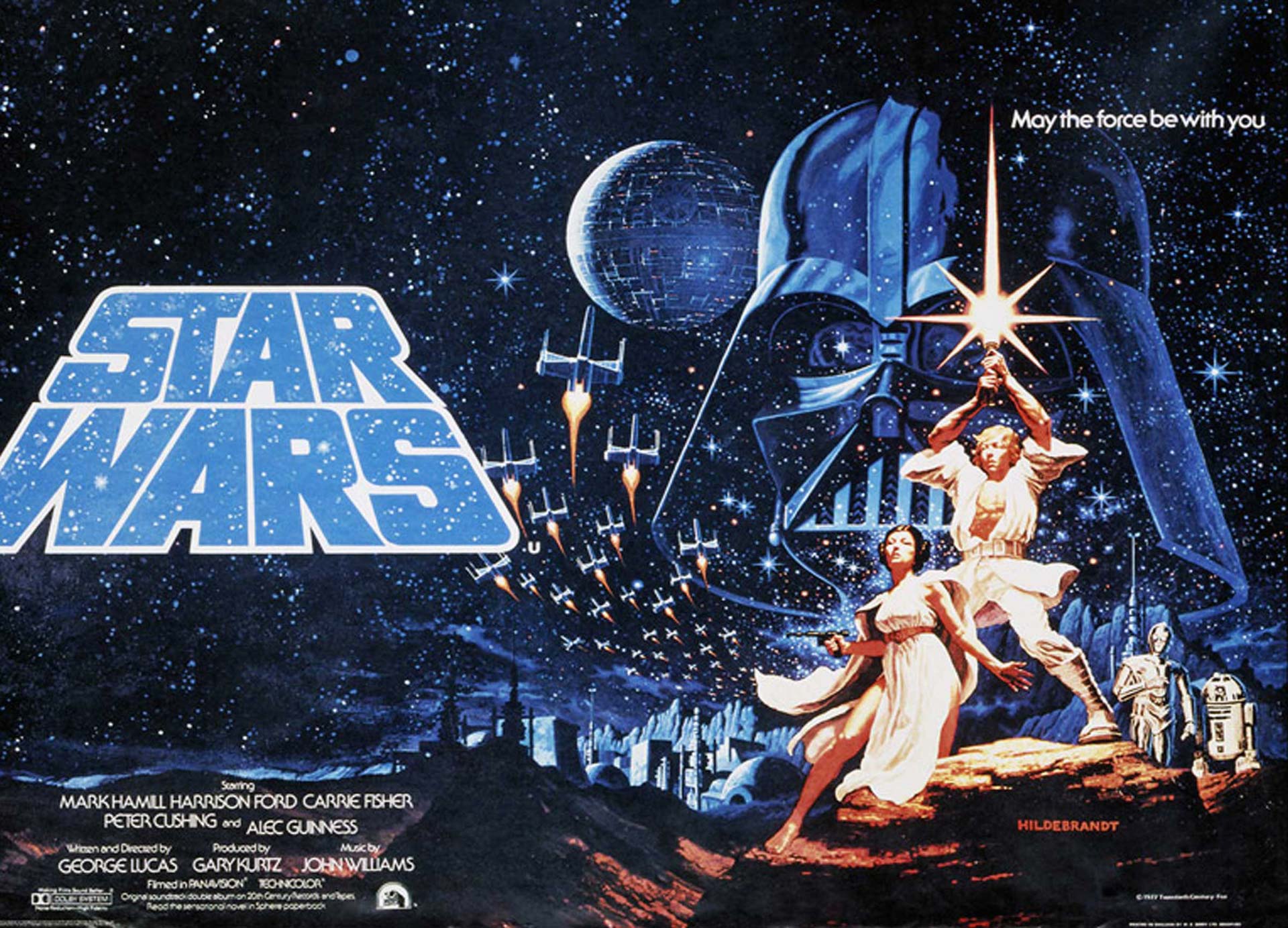